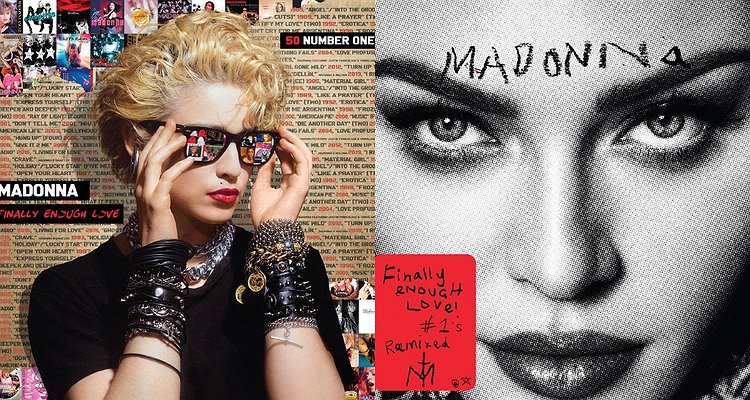 Madonna, the Queen of Pop, is releasing a new retrospective album that will feature enough iconic hits to keep you dancing all night!

Finally, Enough Love follows the music icon topping the dance club songs chart for the 50th time with ‘I Don’t Search I Find’ – making her the first and only artist to have 50 number 1 hits on any single Billboard chart.

And she’s celebrating this landmark achievement in classic Madonna fashion.

The abridged 16-track collection will be available for streaming from 24 June followed by a CD and vinyl release on 19 August.

Also out on the 19 August is the Finally Enough Love: 50 Number Ones full 50-track version which will be available digitally alongside purchasing options of a 3-CD and limited edition LP vinyl.

Spanning her entire major-label recording career, listeners can look forward to hearing revered fan favorites like ‘Vogue,’ ‘Express Yourself, ‘Like A Prayer,’ and ‘Into The Groove’ on ‘Finally Enough Love’ as well as a selection of rare remix recordings, 20 of which are being released for the first time.

Alongside 220 glorious minutes of the gay icon’s bangers, the new collection – Madonna’s third commercially released remix album – also highlights the star’s first-ever remix collection and the second best-selling remix album of all time: You Can Dance.

Nearly every single one of Madonna’s dance chart-toppers features on Finally Enough Love which flows in mostly chronological order to showcase the evolution of Madge from the 1983 track ‘Holiday’ from her eponymous debut album to 2019’s ‘I Don’t Search I Find.’

The announcement concludes with the promise: “Expect more surprises to be revealed later this year around the celebration of Madonna’s 40 years in music.”

In preparation for Madonna’s collections, you can now listen to the ‘You Can Dance Remix Edit’ of ‘Into The Groove’ here.