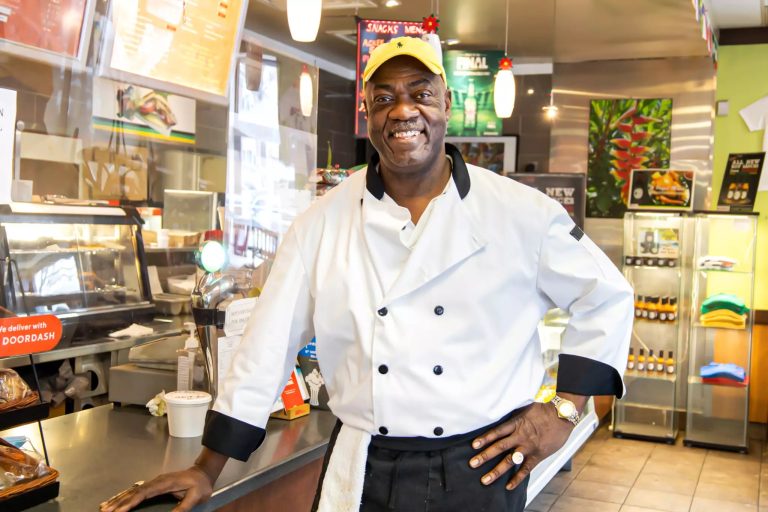 Albert’s Real Jamaican is one of Toronto’s original go-to spots for Caribbean food, serving some of the best jerk chicken in the city since 1986.

Albert Wiggan has seen his restaurant through nearly four decades on St. Clair West and has become a community leader, as well as a source of inspiration in the neighbourhood, in the process.

The former Ontario Human Rights Commissioner has received several awards including an award of appreciation from the Dufferin-Peel Catholic School Board and the Harry Jerome Business Award. A local laneway was even named after him in 2019.

Wiggan tells me school was always difficult for him due to his severe dyslexia. While growing up in Runaway Bay, Jamaica, he quit his studies and left home when he was still young to pursue cooking in restaurant and hotel kitchens.

His mom was the first person to teach him to cook, however, and most everything on the menu is made from her original recipes.

One of the staples on the menu, jerk chicken is set apart due to Wiggan’s homemade jerk sauce and a two-day marination process to properly soak in all the flavours from the allspice, garlic, scotch bonnets and additional seasonings.

Jerk chicken dinner ($13.26) gets you several big pieces of tender chicken thighs and breast, as well as your choice of white rice or rice and peas, and coleslaw or curry vegetable. 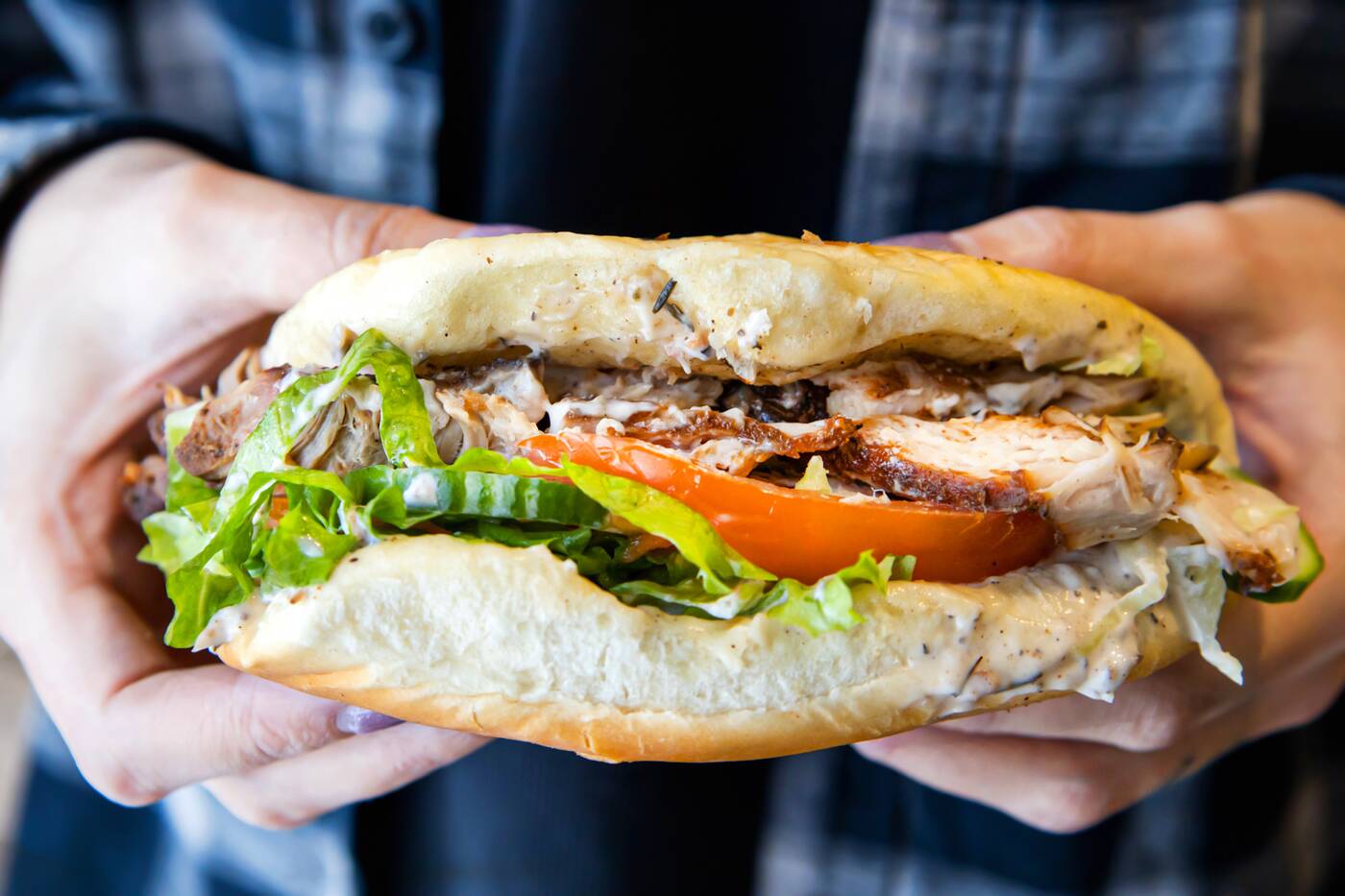 A jerk pork sandwich ($7.51) gets a good amount of protein, cucumbers, lettuce, tomatoes, and what Wiggan calls jerk mayo made with several different seasonings, between coco bread made special for Albert’s.

Freshly made oxtail ($16.80) sits beside your choice of rice and side and gets drenched in steaming gravy.

The moist meat that scores extra points for not having an overpowering gamey flavour to it, as well as its tasty sauce with a hint of sweetness, helps rank it as the best oxtail I’ve ever tasted. 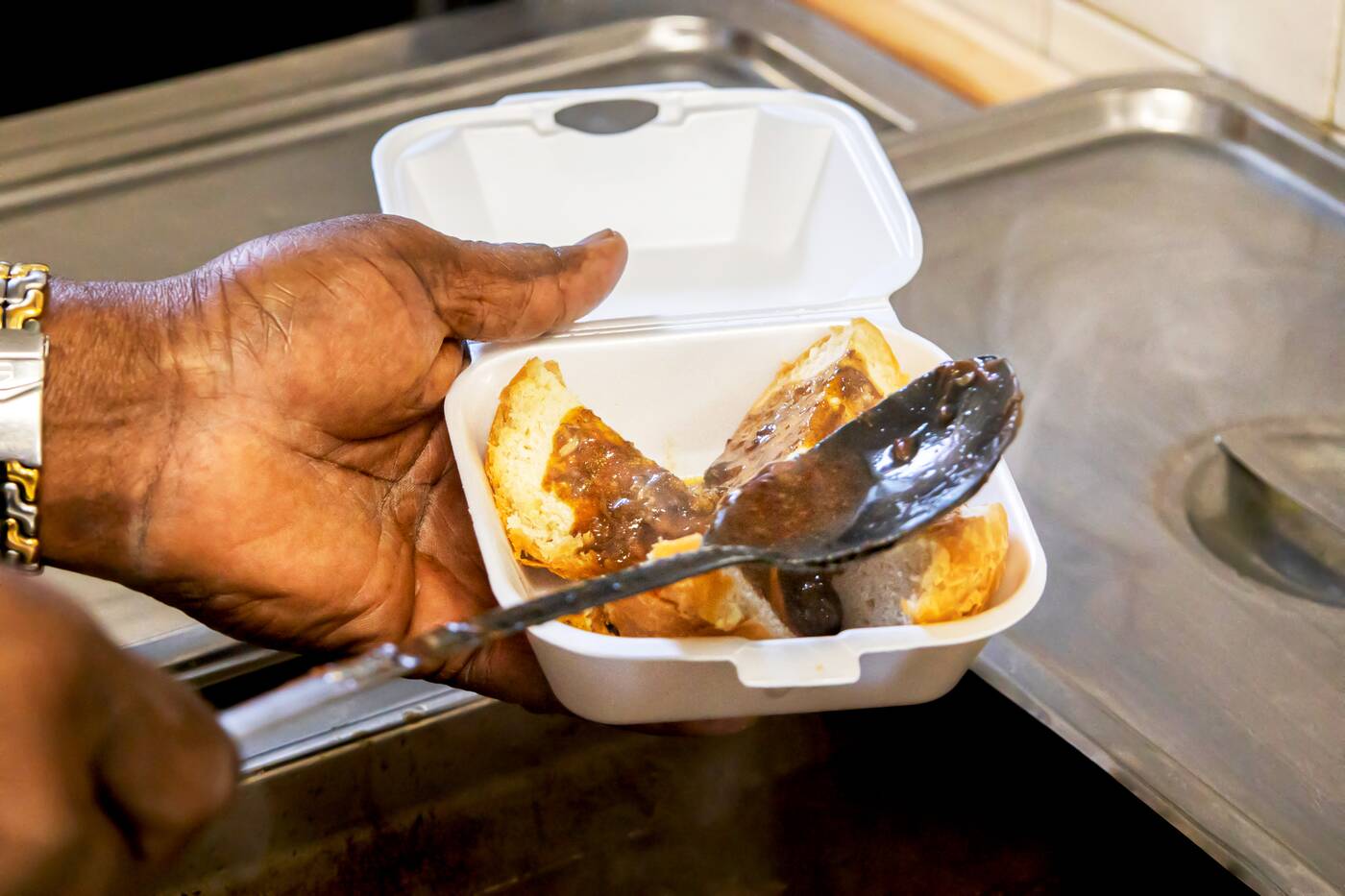 The memorable oxtail gravy also goes great on a side order of dumplings ($2.25). Round balls of buttery dough are fried before being sliced open and slathered in it.

Roti comes with your choice of chicken, beef, goat or veggie ($8 to $12.43), filled full and poured over with hot gravy.

Homemade drinks including carrot juice, Irish moss (a species of red algae), ginger beer and the most popular: sorrel-ginger, are available.

Albert’s has expanded through the years, taking over the neighbouring Coffee Time to make room for a dining room. Now, the restaurant seems to fill up the entire northwest corner of St. Clair West and Vaughan Road.