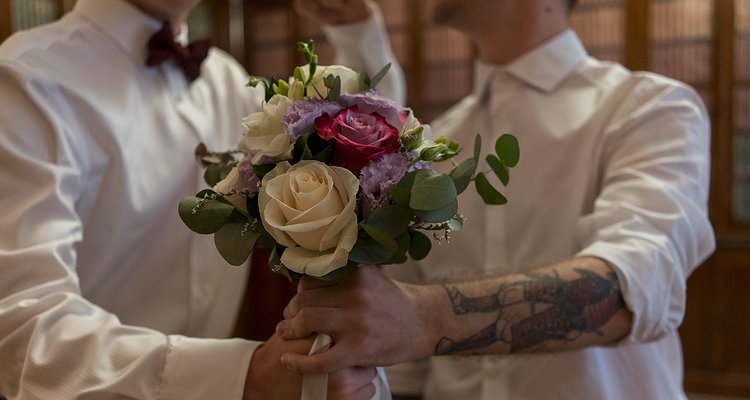 47 Republicans have voted to write same-sex marriage into law.

Dozens of Republicans have sided with Democrats in a heavily bipartisan vote to solidify legal protections for gay marriage.

Following the overturning of the 1973 Roe vs Wade ruling, Democrats have suggested that the US Supreme Court could begin rolling back other legislation, like same-sex marriage.

47 Republicans sided with Democrats in voting for the Respect for Marriage Act by 267-157 on Tuesday (19 July) after Republican leaders allowed party members to vote with their conscience.

Prospects for the short bill look less certain in the divided Senate, however. If passed the bill would repeal the 1996 ‘Defense of Marriage Act’ which defined marriage as a union between one man and one woman.

However, some Republican critics dismissed the bill as a gimmick and more than three-quarters of House Republicans opposed the bill, some arguing the vote was a Democratic trap ahead of the November midterms.

“This bill makes crystal clear that every couple and their children have the fundamental freedom to take pride in their marriage and have their marriage respected under the law,” Speaker Nancy Pelosi said in floor remarks, Politico reports.

While the likes of Republican Minority Leader Kevin McCarthy and Minority Whip Steve Scalise voted against the bill, number three House Republican Elise Stefanik and Liz Cheney were among those who voted in favor.

“If gay couples want to be as happily or miserably married as straight couples, more power to them. Trust me, I’ve tried it more than once,” Republican politician Nancy Mace tweeted after the vote.

However, Mr. Schumer did not commit to bringing the bill to a vote in the upper chamber of Congress but said “we’re going to look at everything we can do,” further making it unclear if the Senate will take up the legislation.

Same-sex marriage became recognized across America in 2015 after a Supreme Court decision but Democrats are urging for a codification after recent policy overturns.

Though many were frightened by Justice Thomas’ opinion, Justice Samuel Alito, another conservative, specified that the Roe vs Wade decision “concerns the constitutional right to abortion and no other right”.

A record 71 percent of people in the U.S. support gay marriage, according to a Gallup poll from June.