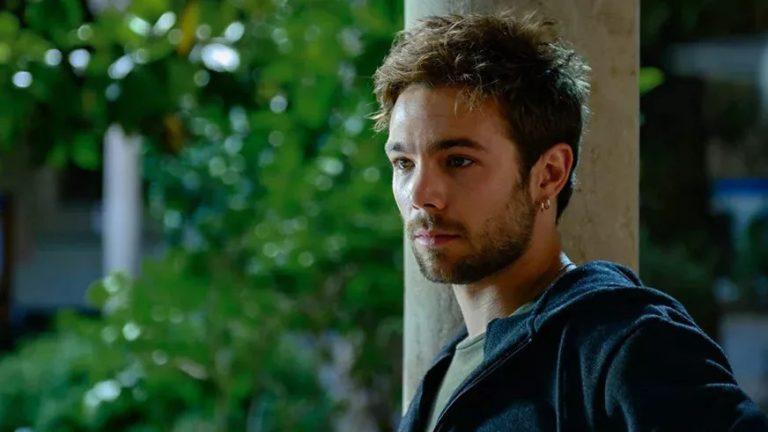 With World AIDS Day approaching December 1, the good news is the miracle of anti-viral treatments and PrEP means fewer people are contracting HIV or dying from the disease.

However, an estimated 1.5 million people worldwide will become infected with the virus this year, many unaware of their condition. Pockets of gay men across the globe remain vulnerable.

The hit drama Merlí, on Netflix, tackled that issue in its final season, joining shows like It’s a Sin, Angels in America, and The Real World with Pedro Zamora in shaping our understanding of HIV.

The Spanish-language hit from creator Hector Lozano tells the story of Pol Rubio (Carlos Cuevas), at the center of a group of Philosophia students and their teachers at a high school and university in Barcelona. Over five seasons, they come to terms with growing up and growing older, through the lens of the Great Philosophers.

For heartthrob Pol, in the final season, that means confronting the very real dangers HIV still poses to sexually active men who have sex with men.

Here are three things Merlí got right about an HIV-positive diagnosis, 40 years after the start of the AIDS epidemic…

1. The shock and the horror

Pol is sexy and smart, someone all the girls want to be with, and the guys want to be just like — and in Merlí‘s universe, want to be with, as well. He’s a player, and over the course of the show moves from hook-ups with girls and a semi-relationship with the son of his philosophy professor to a more queer sexual identity, but on the DL. Just as he’s coming to terms with his attraction to men, he learns from a one-night stand that he was exposed to HIV, a year and a half after the fact. He’s certain he’s unaffected: He’s basically straight and a top with other men, and out of reach of a “gay plague.”

Spoiler Alert: A pharmacia test reveals he’s positive, a nightmare scenario for the machismo golden boy, who’s all but certain the result is a death sentence.

Through the noise of his test result, Pol doesn’t hear the pharmacist’s assurances that HIV is manageable with treatment, and is consumed with guilt and shame. He hides the diagnosis from family and friends, and the young man at the university who’ll help reconcile his masculinity with his sexual orientation. At the same time, he gets a job at a local gay cabaret, where the owner, who’s christened the chiseled Pol “Apollo,” senses the philosophy student’s dread, and shares his own experience coming through the wars of life as an HIV-positive gay man. Everything will be okay, he’s thrived with HIV for years. With that cross-generation connection, “Apollo” comes to empathize with the men who came before him, and begins to see his future more clearly. It is bright and full of love.

3. PrEP is not the only precaution

As a result of the very success of HIV treatment options and prophylaxis, some sexually active people have become complacent about the disease, and its life-changing effects. Pockets of men who have sex with men do not have access to information for PrEP. Pol became HIV positive because he imagined he was immune to a virus that didn’t affect people like him. It’s revealed he didn’t use a condom in that encounter with a sexy fellow student, and he wasn’t aware of his partner’s status or history. The shock of his diagnosis is in part an acknowledgment a lack of awareness. He must come out to his anxious working-class father and friends. It also affects his relationship with an older handsome man he’s falling in love with: How can anyone trust him after he put himself in danger?

But over time and with support, Pol comes to forgive himself, and acknowledge his new reality, with a new love who accepts him for who he is.

Accepting responsibility for his actions and his future is key to Pol coming to terms with living with HIV. The theme to this year’s World AIDS Day, “Putting Ourselves to the Test: Achieving Equity to End HIV,” is a reminder we all have a responsibility to help eliminate the disparities and inequities that create barriers to HIV testing, prevention, and access to HIV care, and to make HIV a thing to be memorialized.

WATCH: Daddies hook up with himbos and the sparks fly in this wild new dating show