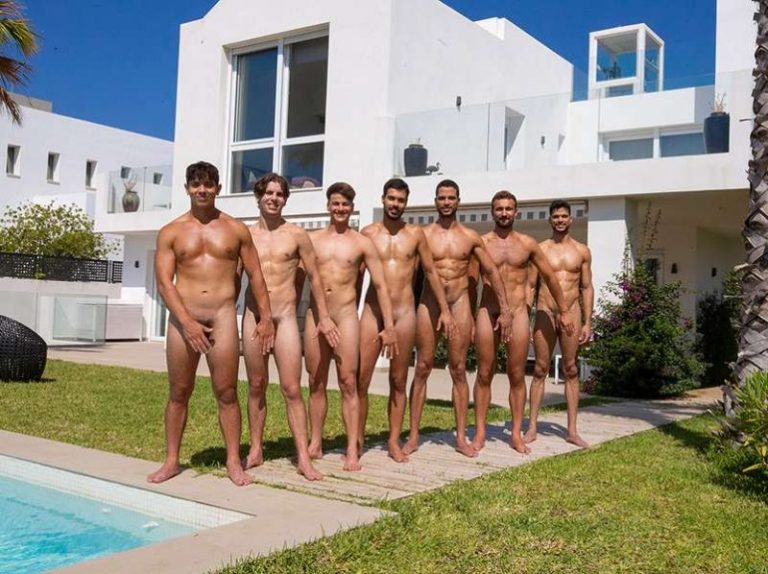 Male athletes from around the world have posed nude for a calendar to promote ‘healthier masculinity’.

For a decade the Warwick Rowers calendar spread the name of the English university rowing team around the LGBT+ world.

It was a collaboration between a gay photographer and – mostly – straight rowers. The idea was to show solidarity with gay, bi and trans men who often feel excluded from sport.

Now it’s rebranded as Worldwide Roar and is open to any athlete from any sport around the world who identifies as male.

Moreover, it has a new theme too – to offer a fresh look at men’.

And while on face value, it still celebrates one type of male body, those behind it say it has a deeper purpose too. Indeed, the Worldwide Roar (WR) project is now the subject of an international academic study by universities in the UK and Canada.

‘I was gay, the Warwick Rowers were straight – and keen on sport, something from which I knew gay men felt excluded.I saw how together we could challenge homophobia through a naked calendar, and we did!

‘But Sport Allies, the registered charity we fund, showed us there was a wider problem – what the academics call “hegemonic masculinity”.

‘Misogyny, structural racism, male mental health problems – these all come from that common cause.

‘It means that everyone – men, women, BIPOC and LGBTQ+ populations – we all get defined by the rules and repercussions of male privilege.

‘It’s a pandemic that’s been destroying lives for centuries, and I know many people have been working on effective antidotes for a long time. Ours is based on changing how we look at men.’

‘Quite rightly, the wider focus for some time has been on how we look at women, and how that promotes abusive thinking and behaviour.  But how we look at men – and how men look at each other – also needs to change.

‘We’ve seen how men can grow by embracing vulnerability and opening up to being looked at by people of all genders and sexualities.’