Here’s How Grindr Ruined My Relationship 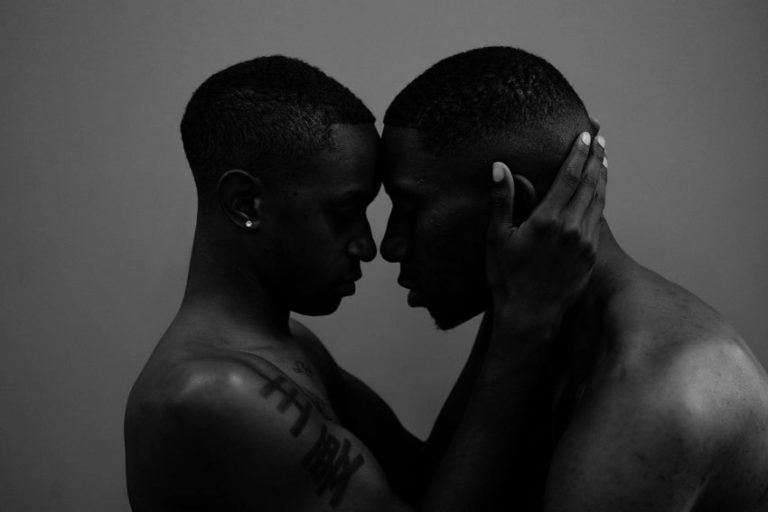 I didn’t think the end of my relationship would have been caused by my phone. It’s crazy to even say it out loud. My phone killed my relationship. It sounds like a poorly written sci-fi book. How does that even happen? Isn’t technology supposed to keep us more connected? Make us feel a part of something bigger than ourselves? Well, at least that’s how technology has been presented to us. But there’s this dark side, the side no one talks about until it affects them. I’m not new to dating apps. Grindr, Scruff, and OKcupid – these are all dating sites where you find gay hookups. And these apps can be a lot of fun; I would even call myself a fan of them, I mean, who hasn’t used a dating app?

In a world where everything is becoming more polarized, it’s great to be a part of an online community with the same identity. You don’t have to give the eye to other men at Starbucks and see if they’re going to respond positively. Instead, you can go on your phone, open Grindr, and bam! You have a community of gay men to choose from right at your fingertips. Literally. And if you’re wondering if it could be easier, well, unless your match comes with free home delivery, I doubt it. But this is what also killed my relationship. The thing about dating apps is as much as they work to bring people together; they work just as well in tearing people apart.

My story isn’t so different than most of you. I’d been in a long-term relationship with a man who I thought I was going to marry. His name was Gary. Our chemistry was explosive, we loved going out, and sometimes, if we were feeling spontaneous, we’d bring a third person home for a little extra fun. In the gay community, our relationship was admired and envied by all.

Gary actually brought up the idea of us using Grindr. Before meeting him, I tried it out but wasn’t a frequent user. He thought it would be an easier way to connect with men who were interested in joining us for some fun. I thought it was a great idea; it seemed like a safer way to connect with people rather than waiting around at a bar. Plus, you could do this all from the comfort of your couch, how much easier could it get?

I installed Grindr on my phone, and we’d go through potential matches together while snuggled up on the couch. Since we’ve had a third partner before, we were on the same page with what we wanted. It wasn’t something decided on in a split second. Together, we made rules and knew each other’s boundaries; we did everything by the book. So, adding Grindr to the relationship didn’t seem like a problem, if anything it was a solution.

But curiosity creates temptations, and I can certainly say I was tempted. I found myself swiping through Grindr by myself when Gary was at work; talking to other men without him knowing. I knew it was a bad idea, but I was hooked. All these attractive men wanted to be with me; men I wouldn’t even think would take a second look at me. With that level of attention, it gets to you. But I didn’t meet any of them in the beginning; I was in a moral dilemma with myself. Should I just delete the app? Should I tell Gary? Will he ever trust me again? In hindsight, I should have listened to my gut.

The biggest mistake I made was after the fight with Gary. He noticed unknown men were frequently messaging me, and on top of that, we’d been having less sex. It wasn’t rocket science to know something was going on. And at the time, I didn’t realize how obvious I was. My phone was ringing every two minutes and the most affection I gave him in a week was a hug, maybe a couple of kisses.

He approached me shyly, almost with hesitation. He knew what was going on, but he didn’t want to hear it from me. If anything, he probably wished it would all go away, and things would pick up from where they left off. Now, I wish that had happened. But at the time, I wasn’t thinking about him.

I was getting the attention I’d never received before. I’m not saying Gary wasn’t affectionate, he was. But when modelesque men are telling you that you’re attractive, it’s easy to let your self-esteem do the talking.

What was I going to tell him? I didn’t have any plan; my excuse was lame. I told him the guys I’m talking to are just friends from college, and I ignored commenting on our sex life. But when you’ve been with someone for years, they know when you’re being shady. There’s no way you can hide it. Gary did what any rational person would do; he asked me again. By that point, I had shut down. He walked out of the apartment in disbelief, anger, and sadness. And instead of communicating, instead of me asking him to sit down and talk about it, I went on my phone and arranged to meet up with one of my Grindr matches. SEE ALSO

Before dating apps, if you had a problem in your relationship, you had two options: deal with it or break up. There were no apps for you to escape to and avoid your problem while still remaining in a relationship. No way. You had to make a decision. If your sex life was lacking, you needed to sit down and talk about it with your partner, figure out what’s wrong.

But apps like Grindr give you escapism. You don’t need to talk about your problems with your partner. Why would you? If you did, it would mean you’d have to work on them and who wants to work? Grindr was created to make your life easier, and the current relationship doesn’t have ‘easy’ written on it. It made me think, what if there’s someone better? Someone who can give me everything… This is what the online world gives you: endless options. And with endless options, why be with the person you’re with now? With a swipe, you can find a sexier guy, a better guy, a funnier guy.

When you’re in the moment, these thoughts come effortlessly to you. Though it’s a bad idea, it’s the easiest solution. If you’re not 100% satisfied in your relationship, find someone else. In a matter of seconds, you’re connected to hundreds of attractive men in your area, all offering you a more exciting, passionate, and better life than what you have now. But you’ll never be 100% satisfied in any relationship. There will always be something you wish could change.

And I know what you’re thinking, I know what you’re waiting for. You’re probably wondering if I met up with the Grindr guy. But that doesn’t matter. What I learned from this is you need to really think about why you want to use a dating app. Is it to fill a void in your relationship? To escape from your partner without cheating on them? Or is it for the experience? Dating apps like Grindr can work really well to enhance your relationship, but only if you and your partner are being honest and open with one another.

The relationship I had with Gary was genuine. Yet, the online world still gave me the illusion that I could have more than what I already have. But that’s the thing with illusions; they’re not real. But what is real are your actions and how they affect people. Any experience, whether it’s on Grindr, OkCupid, or Tinder, can be a positive one as long as you know why you’re doing it.

HERE’S WHAT YOU NEED TO KNOW ABOUT GAY GYM CRUISING.